This is a bit late, but I bought some great books in May! Let me know if you have read any of them!

From my local library book sale…

The Floating Island by Elizabeth Haydon

Charles Magnus Ven Polypheme–known as Ven–is the youngest son of a long line of famous shipwrights. He dreams not of building ships, but of sailing them to far-off lands where magic thrives. Ven gets his chance when he is chosen to direct the Inspection of his family’s latest ship–and sets sail on the journey of a lifetime.

Attacked by fire pirates, lost at sea and near death, Ven is rescued by a passing ship on its way to the Island of Serendair. Thankful to be alive, little does Ven know that the pirate attack–and his subsequent rescue–may not have been an accident. Shadowy figures are hunting for the famed Floating Island, the only source of the mystical Water of Life. They think Ven can lead them to this treasure, and will stop at nothing to get it–even murder.

In a narrative that alternates entries from his journals and drawings from his sketchbooks, Ven begins the famous chronicles of his exciting and exotic adventures–adventures that would later earn him renown as the author of The Book of All Human Knowledge and All the World’s Magic.

I bought this one for fifty cents at my library sale! It sounded so good and they even had books two and three for sale as well, so I grabbed those…just in case I love this one. It sounds interesting and I am always looking for great children’s books for when my son is older.

The Islands of Chaldea by Diana Wynne Jones 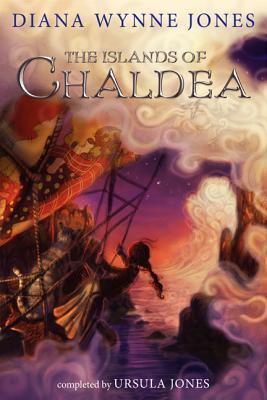 Aileen comes from a long line of magic makers, and her Aunt Beck is the most powerful magician on Skarr. But Aileen’s magic has yet to reveal itself, even though she is old enough and it should have, by now. When Aileen is sent over the sea on a mission for the King, she worries that she’ll be useless and in the way. A powerful (but mostly invisible) cat changes all of that-and with every obstacle Aileen faces, she becomes stronger and more confident, until her magic blooms. This stand-alone novel, by the beloved and acclaimed author of such classic fantasy novels as Howl’s Moving Castle and the Chrestomanci books, will be welcomed by fans old and new.

This was the final book written by Diana Wynne Jones! It actually had to be completed by her sister. It sounds  interesting and it’s even a stand-alone! I’m super excited to read this one! I’m sure my kids will love it when they are older.

Her home planet is filled with violence and corruption at the hands of King Matthias and his wife as they attempt to punish her captors. The king will stop at nothing to get his beloved daughter back—but that’s assuming she wants to return at all.

Essie has grown used to being cold. Temperatures on the planet Thanda are always sub-zero, and she fills her days with coding and repairs for the seven loyal drones that run the local mines.

When a mysterious young man named Dane crash-lands near her home, Essie agrees to help the pilot repair his ship. But soon she realizes that Dane’s arrival was far from accidental, and she’s pulled into the heart of a war she’s risked everything to avoid. With the galaxy’s future—and her own—in jeopardy, Essie must choose who to trust in a fiery fight for survival.

I have heard mixed reviews about this one, but since I found it cheap I thought I would give it a try. I don’t think it stands a chance against The Lunar Chronicles though.

The Door Within by Wayne Thomas Batson

Aidan Thomas is miserable. Within two weeks, Aidan’s life is completely uprooted as his pare 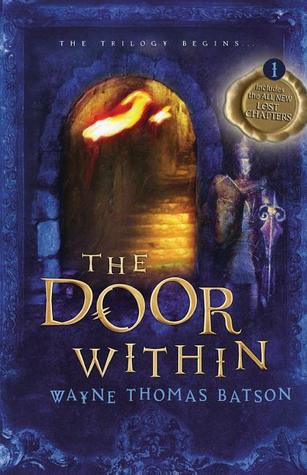 nts move the family across the country to care for his ailing grandfather. The quiet but imaginative Aidan is struggling with attending a new school and fitting in with a new group of friends. But when he begins having nightmares and eerie events occur around his neighborhood, Aidan finds himself drawn to his grandfather’s basement—where he discovers three ancient scrolls and a mysterious invitation to another world.

No longer confined to the realm of his own imagination, Aidan embarks on an adventure where he discovers a long-fought war between good and evil. With the fate of two worlds hanging in the balance, Aidan faces Paragory, the eternal enemy with unfathomable power. Will Aidan be willing to risk everything and trust the unseen hand of the one true King?

Goodreads keeps recommending this book to me and when I found it at the book sale I knew I had to get it! It sounds great and if I love it there are a few more books in the series!

The Lunar Chronicles by Marissa Meyer

Each book entails a new take on an old fairy tale, including Cinderella, Little Red Riding Hood, Rapunzel and Snow White. The story takes place in a futuristic world where humans, cyborgs, and androids all coexist.

So this is one of my new favorite series! I loved it and knew I had to have it on my shelf, so I bought all four of them! They are gorgeous!