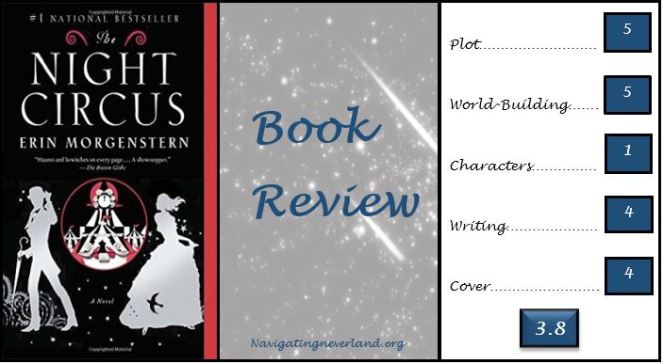 I believe I have an unpopular opinion of this book but I hope no one hates me because of it. In all fairness, I did give this book a REALLY good try. I was only a hundred pages away from the end and I just decided it wasn’t worth my time anymore.

There were TONS of things this book did right and a few major things it did wrong. The world building was amazing! The plot was interesting with perfect pacing! The writing was spectacular though the choice of organization was lacking and at times confusing and the time jumps were terrible! So why did I decide not to finish it?

Well, I could have cared less what happened to the characters. They were so dull and underdeveloped. Sometimes I couldn’t even remember who was who and what role they played.  I couldn’t connect with them at all. Loving the characters is a HUGE part to this novel but I just didn’t. I actually haven’t read a book until now in which I completely dislike the characters. That’s too bad because this book had such potential. The whole premise of it is highly entertaining and the details were so vivid and breathtaking!! I seriously wish I could go to this circus!

I admit there was one secondary character that I liked. *Spoiler* Of course he had to be killed off! Ugh! *Spoiler* Though, I guess I enjoyed Poppet and Widget as well.

Since I did read so much of the book, I felt like it was okay to rate it based upon everything except the ending. It still managed to get a critical rating of almost 4 stars but that’s only because everything else was so amazing. Enjoyability-wise I would give the book around a 2.5. If you find yourself liking the characters then definitely read the book, I just didn’t enjoy them.